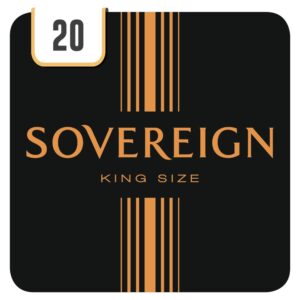 Sovereignty was the first  topic for discussion on Scotonomics and our first guest, Professor Fadhel Kaboub, shared his thoughts with us on the subject .

I am a member of the SNP and below is our constitution.

The aims of the Scottish National Party are:

(a) Independence for Scotland; that is the restoration of Scottish national sovereignty by restoration of full powers to the Scottish Parliament, so that its authority is limited only by the sovereign power of the people of Scotland to bind it with a written constitution and by such agreements as it may freely enter into with other nations or states or international organisations for the purpose of furthering international cooperation, world peace and the protection of the environment.

(b) the furtherance of all Scottish interests.

But how does Scotland achieve sovereignty, freedom and the furtherance of its interests? As Fadhel pointed out, the most important form of sovereignty for any country is food. We can't survive without it, and without the calorific energy it provides we can't participate in any form of production.  After our interview with Fadhel, viewers expressed their concerns about our food sovereignty, and this is especially vexing right now with the new Australian trade deal. In response to this, we've decided to send out a special Scotonomics programme on this very subject, followed a few days later with an online event for further discussion.

Fadhel made the very salient point that Scotland is a currency user, not a currency issuer and it is the UK government which issues our currency. Thus, Scotland is in the same situation as the state of Ohio or Manchester council -  that is that we are currency-limited. The problems that this creates are exacerbated by the non-circulation of currency around the economic body of Scotland, due to the bleeding and hoarding of it into UK tax havens.

So when Scotland becomes a currency creator, will this instantly solve our societal problems or finance all of our ambitions, and what are the limitations? In a post-gold standard world the constraint of currency issuence is inflation, and this can arise from either a lack of productive capacity or from abusive price setting behaviours. However, a fiscal and monetarily sovereign government has the policy tools of taxation and regulation to tackle these issues. Whether it chooses to use them depends on who you vote into power in the independent Scottish parliament. So, do we want the full set of powers of a national government versus the fiscal restrictions of a council or a state like Ohio? Choose full powers I say. Happily, as the constitution of my political party makes clear, our mission is to restore those full powers.

Economic capacity is produceable for a monetarily sovereign country. For example, we could pay to train more doctors, who can mend a farmer's broken leg, who can help feed us all. Our economy functions well because of communitarianism, but the contributions to our economy that the agricultural and caring sectors make is often taken for granted. Furthermore, it's important to bear in mind that both the farmer and the doctor had to be potty-trained to set them on the road of their fully productive, and dignified, working capacities.

Another important sovereignty for Scotland is energy. We have energy in spades but does the population of Scotland really benefit from this inherent resource, perhaps Scotonomics needs to explore this further?

Scotland is fortunate is having a highly educated population, enabling higher added-value manufacturing and as a mature, advanced economy we can minimise assembly-line-type-work using low cost labour.

Within Scotland's population there is a wealth of technical skills, perhaps most visibly on display in the fossil fuel and renewables industries. Alas, many Scots are unaware of the research and development coming out of our excellent universities, which punch well above our population size. Our Life Sciences sector is particularly successful.

Scotland must optimally utilise all of our inherent skills and knowledge and keep building-in resilience against external shocks, which hurt the most when it comes to food, energy and medical services. Resilience equals bargaining power and without it your economy can be steered from abroad, it's not size that matters but whether you can walk away from trade deals? To further increase resilience, Fadhel brought up the concept of partnerships with other small countries to create combined strategic advantage.

The World Trade Organisation's motto used to be "Free trade in everything but arms and farms", but how free can any country be without fundamental inherent resiliencies? Tunisia, where Fadhel comes from originally, is compromising its food security by using its limited water supplies growing strawberries for export to the European Union. In Scotland, almost half our arable land is used to grow spring barley for whisky - is this too much and who benefits? Can Scotland be food sovereign for our growing contingent of vegetarian and vegan inhabitants? Some food for thought.

By leaving a comment you consent to your name and email address being stored on the site. We won't spam you or pass it on to anyone else.